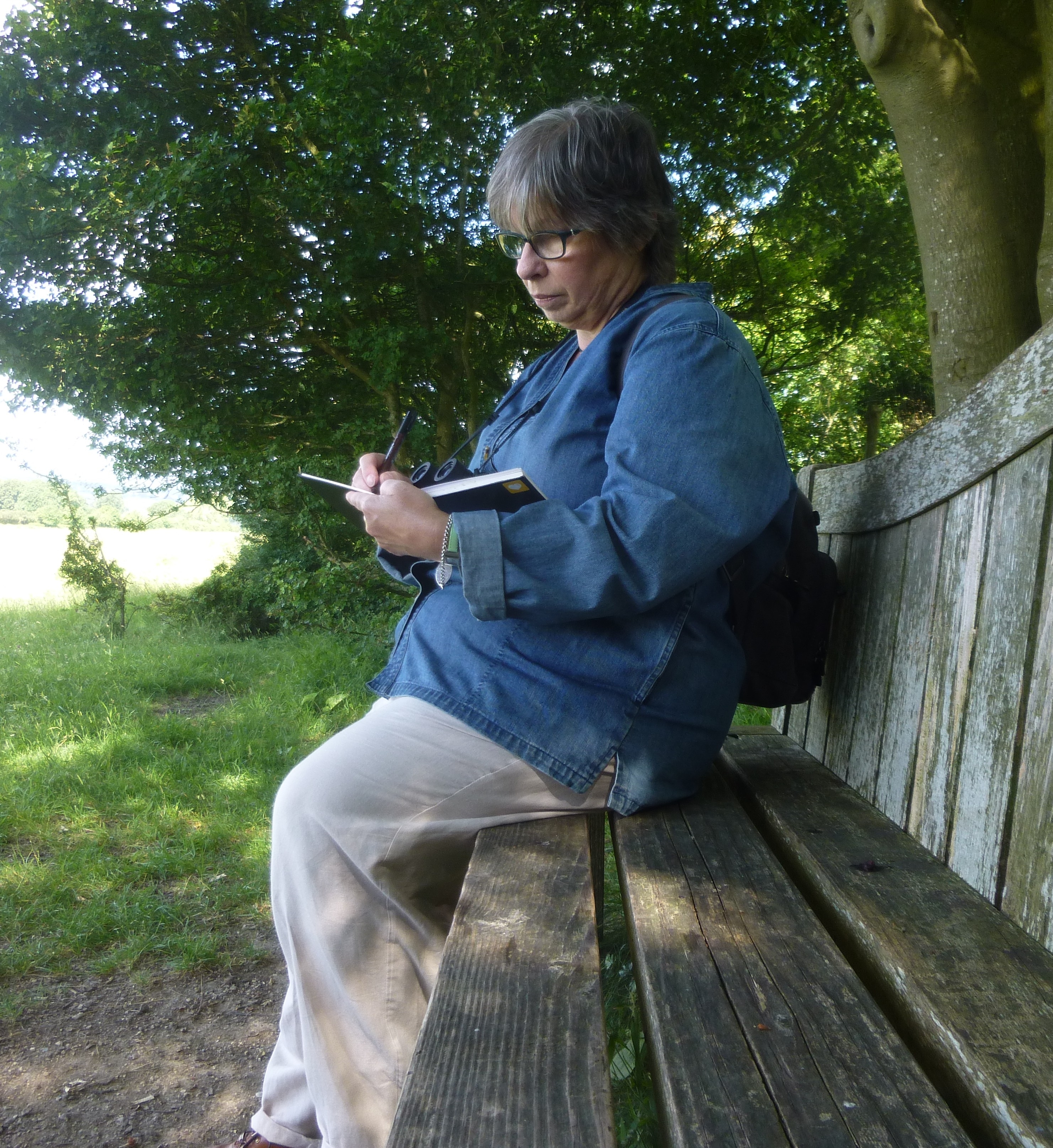 Sally Pudney is a landscape painter working in an expressive realistic style. Her paintings focus on the landscapes, rivers, coast and estuaries of East Anglia, and the ancient trackways of Southern England. She works mainly in acrylic on board, often with added oil pastel.

During her early teaching career in Norfolk she painted landscapes in watercolour, but Sally began to paint seriously in acrylic in 2005. Since then she has exhibited regularly in mixed exhibitions at the Haylett’s Gallery in Maldon since 2009, at the Geedon Gallery in Fingringhoe since 2013 and at other exhibitions in Essex and Suffolk.  Her work is also being exhibited now at the Buckenham Galleries in Southwold, in an ongoing exhibition, where her limited edition prints are also available. Her work has been short-listed for the Royal Academy Summer Exhibition. She participates regularly in Colchester and Tendring Open Studios in September each year.

“The focus of my interest in painting is light and colour. I love painting the huge East Anglian skies, the quiet lanes, the woodlands and the little boats around the estuaries of Essex and Suffolk. I try to capture the way light falls on the surface of water and mud, and the colours, shadows and movement of trees and fields against those vast skies.”

Sally has undertaken a number of painting projects in the last few years. 2016 saw the Twelve Months in and Essex Wood series, visiting and painting Hillhouse Wood just north of Colchester every month throughout the year. During 2017, the focus was the nature reserve at Fingringhoe Wick, on the Colne Estuary, resulting in twelve paintings of the varied habitat. In 2018 Sally’s project was Four Seasons on the Stour. Starting at Wrabness in January, she worked her way up river each month, finishing at Long Melford in December. As with other year-long projects, a small book has been published containing images of all these paintings.  In 2019 she worked on the coast of Suffolk and Essex in a project called On the Edge: The North Sea Project, painting at many seaside locations between Southwold and Southend. She also embarked on an occasional series called Landlines – paintings which show any feature which makes a line in the landscape.

In 2020 Sally visited an arable field on a local farm for Twelve Months in an Essex Field. This resulted in twelve large paintings, twelve drawings, a number of smaller paintings, plus a book and various items of merchandise featuring images from the project. They will all be exhibited in 2021 at The Barley Barn Summer Exhibition, Church House Farm, Aldham CO6 3RT from 15-18 July. The exhibition will be open daily from 10.30-4.30, and refreshments will be available all day. There will also be the opportunity for a farmland walk to the field that was the focus of Sally’s work.

Sally’s interest in walking long distance trails has resulted in two series of work, one featuring the Peddars Way in Norfolk, and another series of twelve paintings of The Ridgeway from Wiltshire to Ivinghoe Beacon in Buckinghamshire. In 2021 Sally has embarked on a further series of ‘walking’ paintings – Essex Paths & Bridleways

“I love to be outside in the natural world and I hope my paintings convey something of this life-enhancing pleasure to the viewer.”

Since 2012 Sally has organised (along with Graham Bell) annual Arts Festivals showing work by fourteen invited professional artists and makers each year. In 2019 they launched a new venture, the Anglian Arts Project. The first exhibition, featuring eight professional artists, was at the Open Art Space in The Sentinel Gallery, Wivenhoe. Although the 2020 exhibition had to be cancelled due to the Covid 19 pandemic, the next exhibition will be in  September 2021 at the Essex Wildlife Trust’s Naze Centre at Walton-on-the-Naze on the Essex Coast.

Finished teaching to concentrate on painting